The “Fleet Feet Survey Raffle” is administered by Colin Turner, DBA Turner Fitness Coaching [TFC].  The raffle will grant one lucky winner an electronic gift card to Fleet Feet online running store. Raffle tickets will be available until the last day of each month at 11:59 PM Eastern Time, after which the winner will be randomly selected.

In order to to eligible you must be at least 18 years old. To enter the raffle, a person must complete and submit the electronic survey. An entry made by an ineligible person is void, and cannot be a winning entry.

The prize for this raffle is an electronic gift card to Fleet Feet online running store. The amount of each month’s prize will vary, and will be clearly displayed in promotional materials and on the survey itself.

By receipt of any prize, winner agrees to release and hold harmless Colin Turner, DBA Turner Fitness Coaching [TFC] and their respective subsidiary, and affiliate companies, supplies, distributors, and advertising/promotion agencies, as well as each such company’s officers, directors, employees, and agents (collectively, the “Released Parties”) from and against any claim or cause of action, including, but not limited to, personal injury, death, or damage to or loss of property, arising out of participation in the Raffle or receipt, use, or misuse of any prize.

Except where prohibited, participation in the Raffle constitutes winner’s consent to Colin Turner, DBA TFC’s and its agents use of winner’s name, likeness, photograph, voice, opinion, and/or hometown and state for promotional purposes in any media, worldwide, without further payment or consideration.The winner’s name will be announced publicly unless the winner requests in writing that they wish their name to be kept private.

The Released Parties are not liable for: (1) any incorrect or inaccurate information, whether caused by entrants, printing errors, or by any of the equipment or programming associated with or utilized in the Raffle; (2) unauthorized human intervention in any part of the entry process of the Raffle; (3) technical or human error which may occur in the administration of the Raffle or the processing of entries; or (4) any injury or damage to persons or property which may be caused, directly or indirectly, in whole or in part, from entrant’s participation in the Raffle or receipt or use or misuse of any prize. If for any reason an entrant’s entry is confirmed to have been erroneously deleted, lost, or otherwise destroyed or corrupted, entrant’s sole remedy is another entry in the Raffle.

Except where prohibited, entrant agrees that: (1) any and all disputes, claims, and causes of action arising out of or connected with this Raffle or any prize awarded shall be resolved individually, without resort to any form of class action, and exclusively by a state or federal court located in Boston, Massachusetts; (2) any and all claims, judgments and awards shall be limited to actual out-of-pocket costs incurred, including costs associated with entering this Raffle, but in no event attorney’s fees; and (3) under no circumstances will entrant be permitted to obtain awards for, and entrant claims all rights to claim, indirect, punitive, incidental, and consequential damages and any other damages and any other damages, other than for actual out-of-pocket expenses, and any and all rights to have damages multiplied or otherwise increased. All issues and questions concerning the construction, validity, interpretation and enforceability of these Official Rules, or the rights and obligations of the entrant and Colin Turner, DBA TFC in connection with the Raffle, shall be governed by, and construed in accordance with, the laws of the Commonwealth of Massachusetts, without giving effect to any choice of law or conflict of law rules (whether of the Commonwealth of Massachusetts or any other jurisdiction), which would cause the application of the laws of any jurisdiction other than the Commonwealth of Massachusetts. 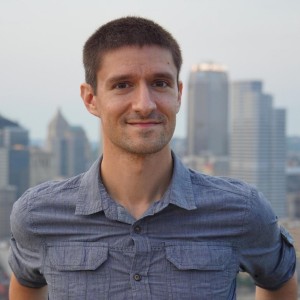 Endurance runner, educator, fitness coach and father. My mission in life is to empower people to be fit, happy and healthy.